Focusing on core Democratic issues enabled Wisconsin Representative Mark Spreitzer to beat his opponent, a longtime Beloit City Councilor who had previously run in a Primary. Subsequently, Rep. Spreitzer has moved into leadership in the Wisconsin Assembly and continues to take the lessons learned and successes from his race into campaign to win back the Majority for the Wisconsin Democrats.

Hover over the images below and use the arrows to see more. Click on the images to view larger. 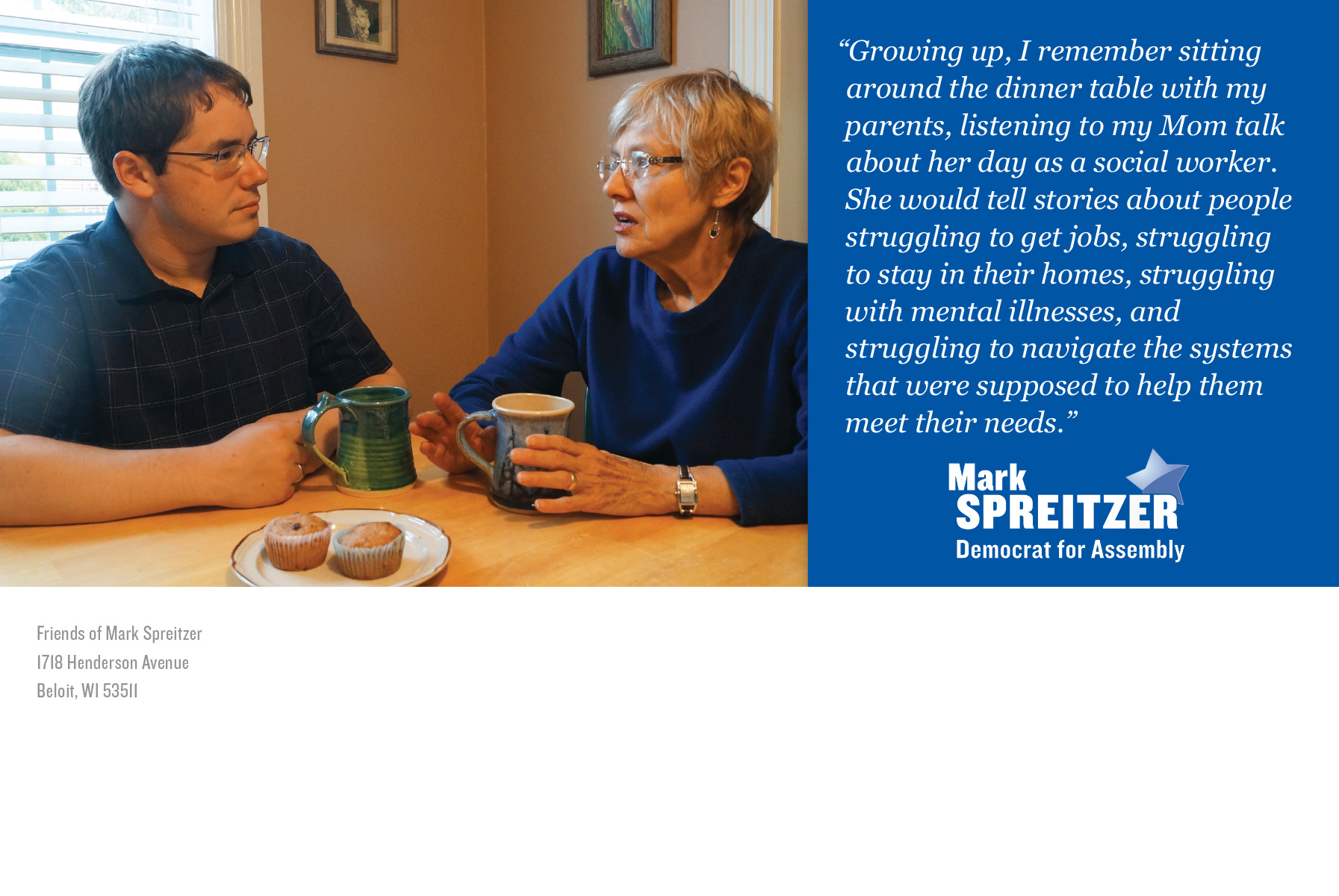 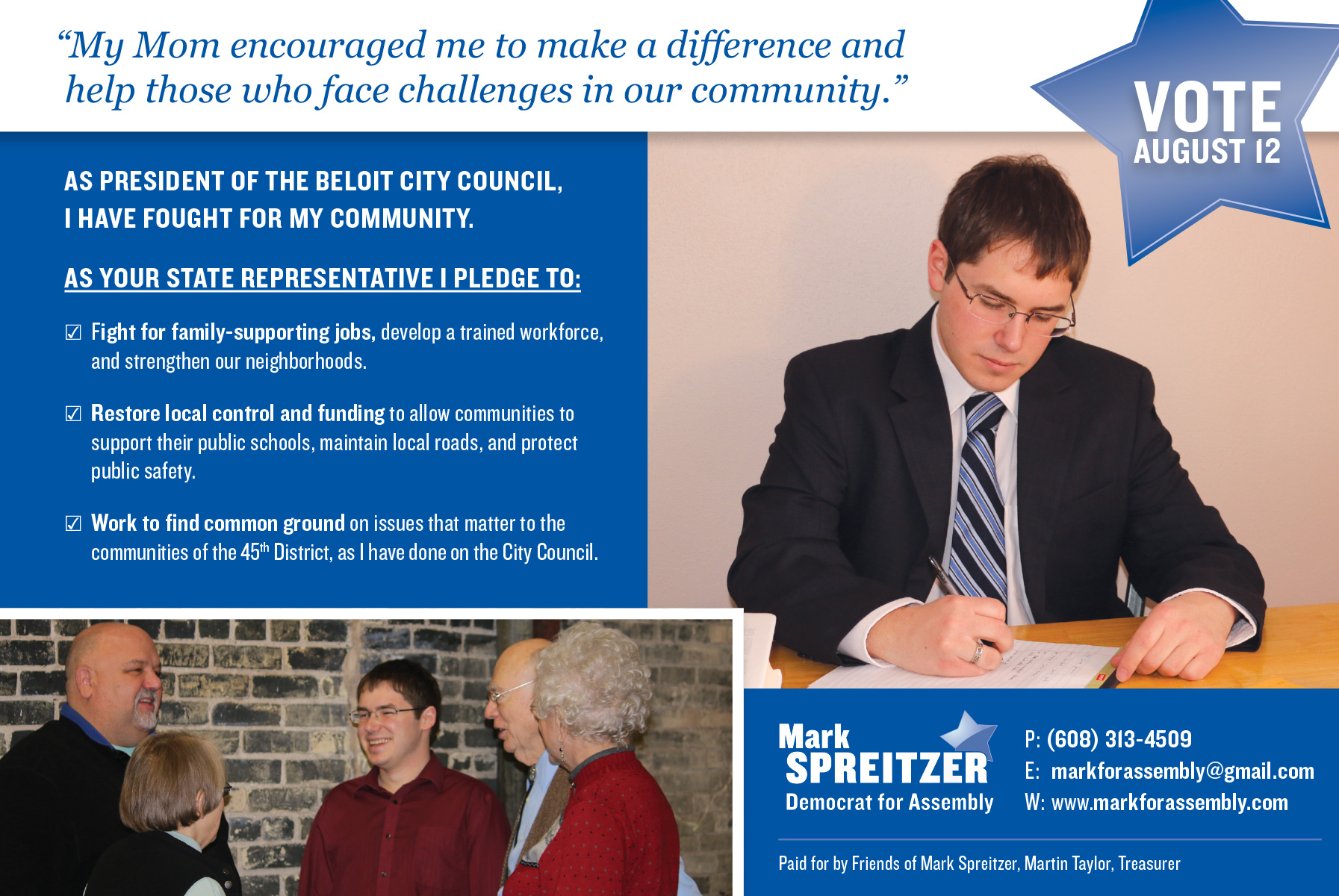 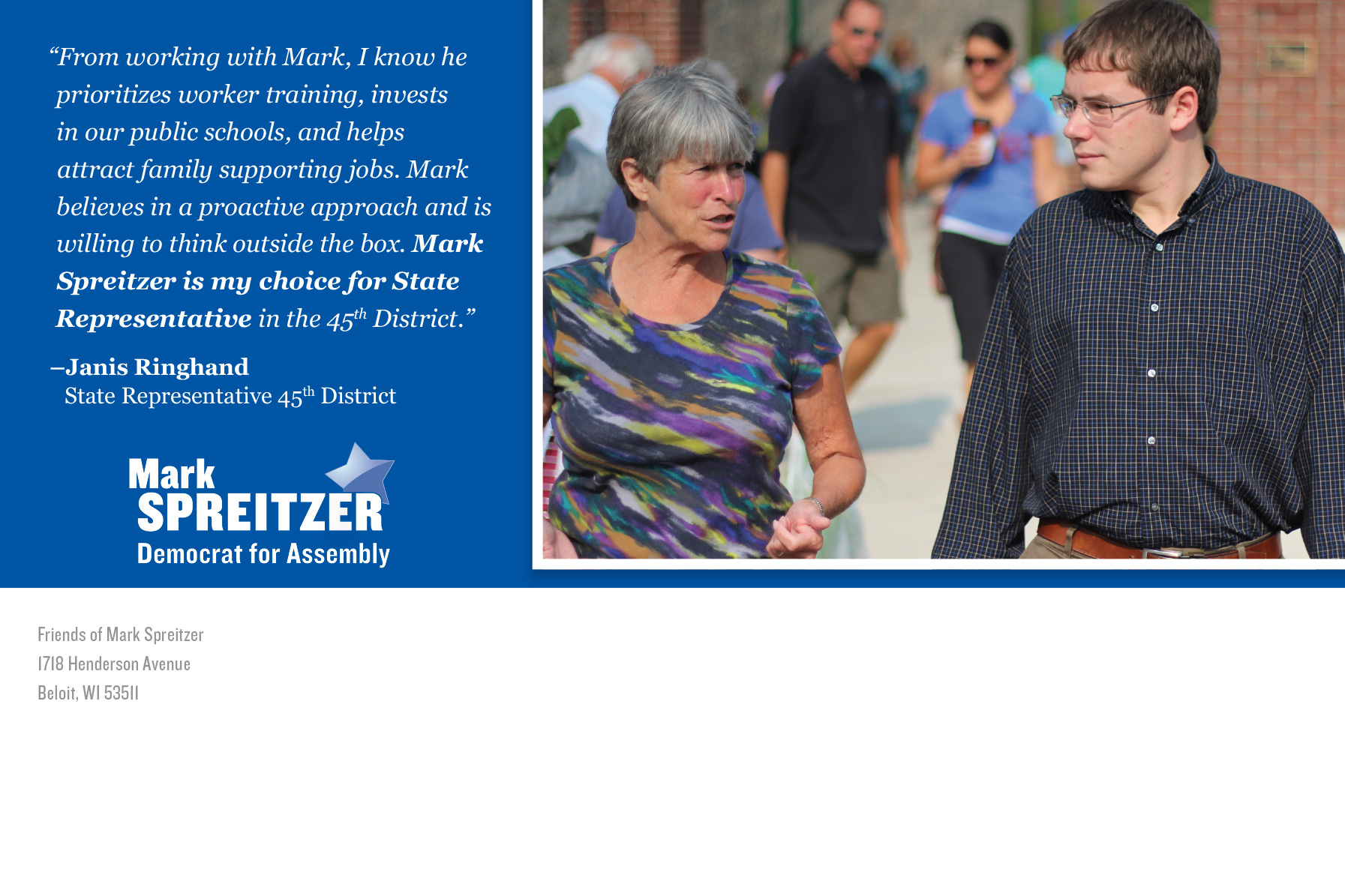 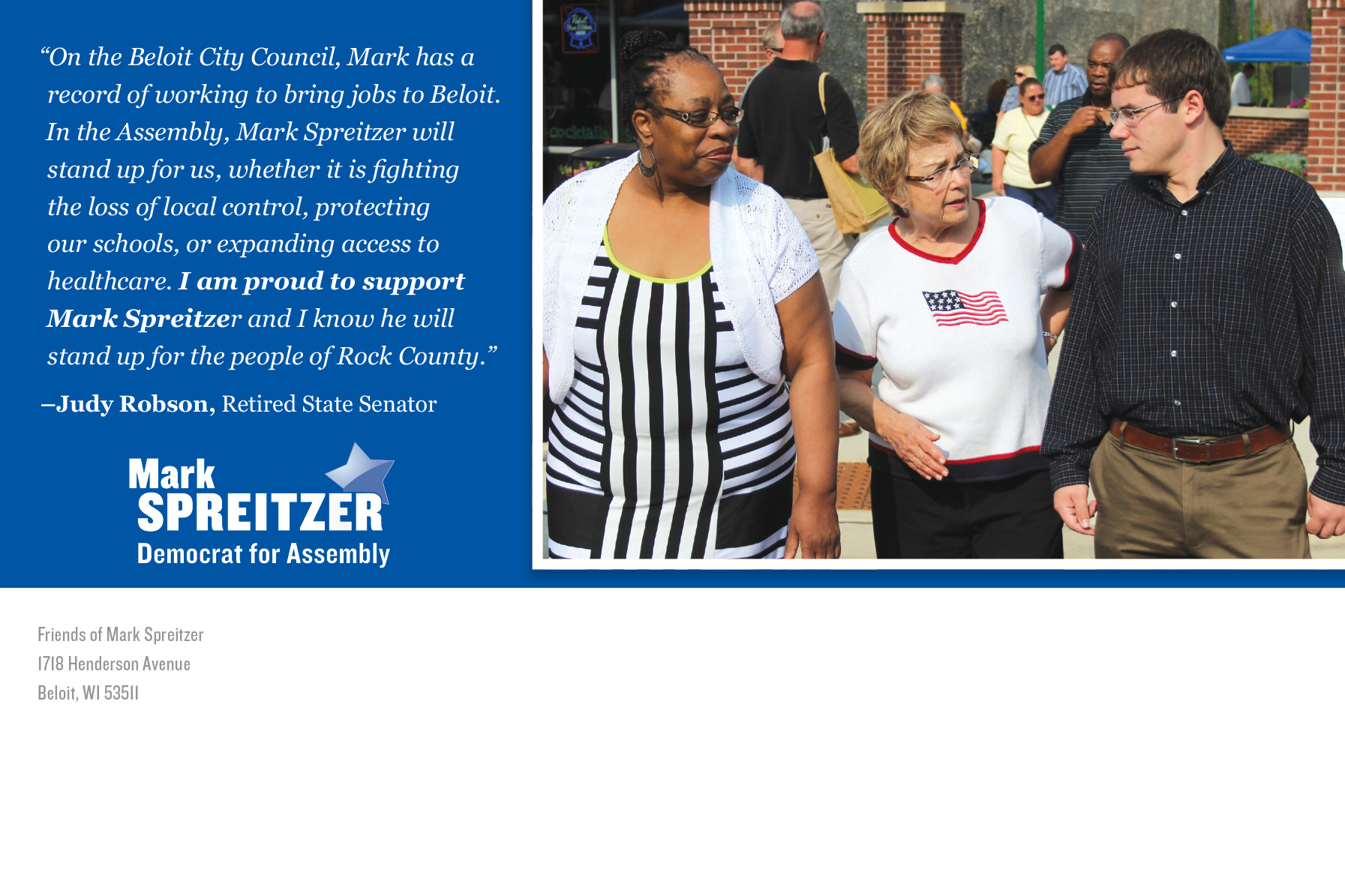 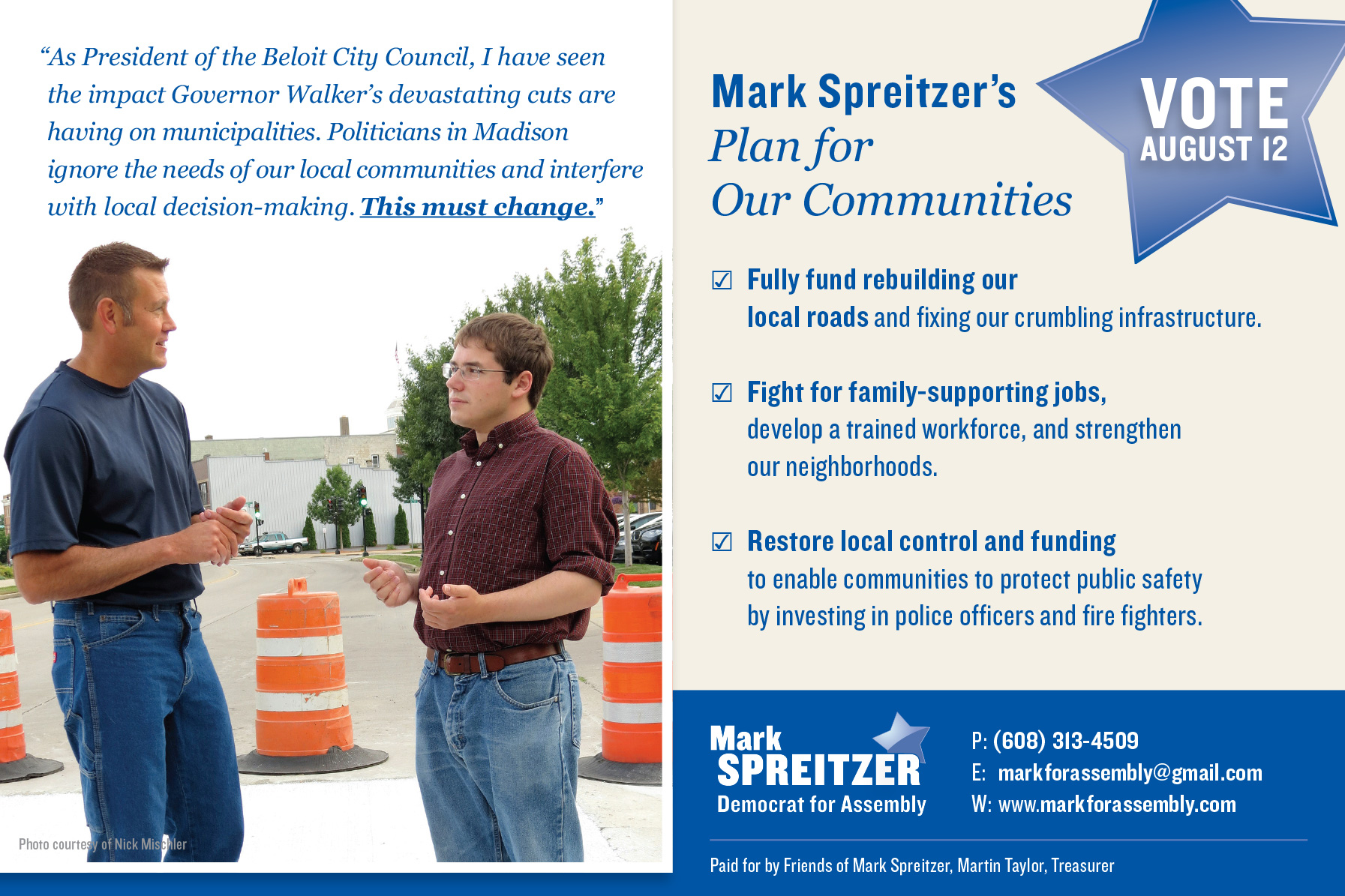 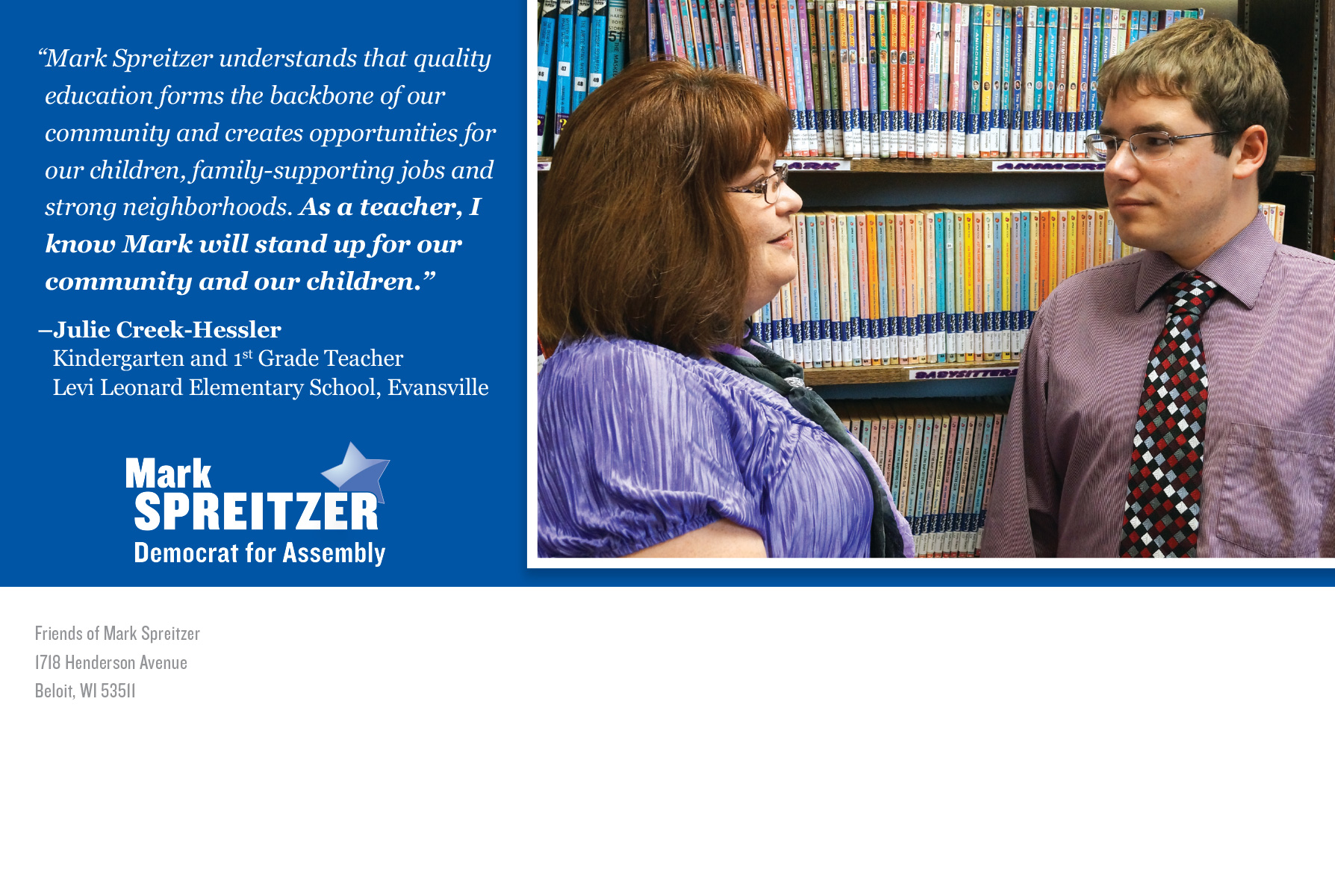 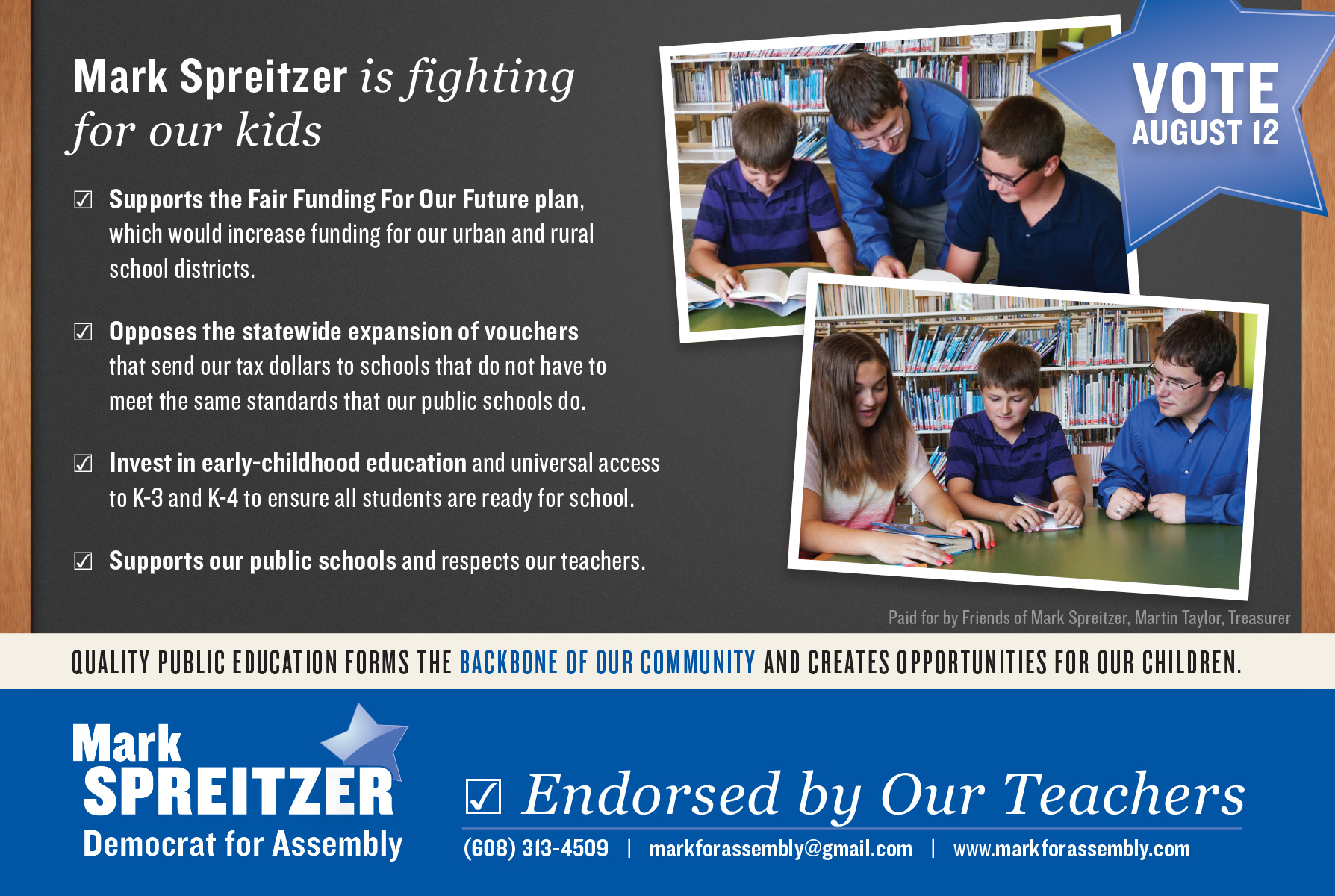 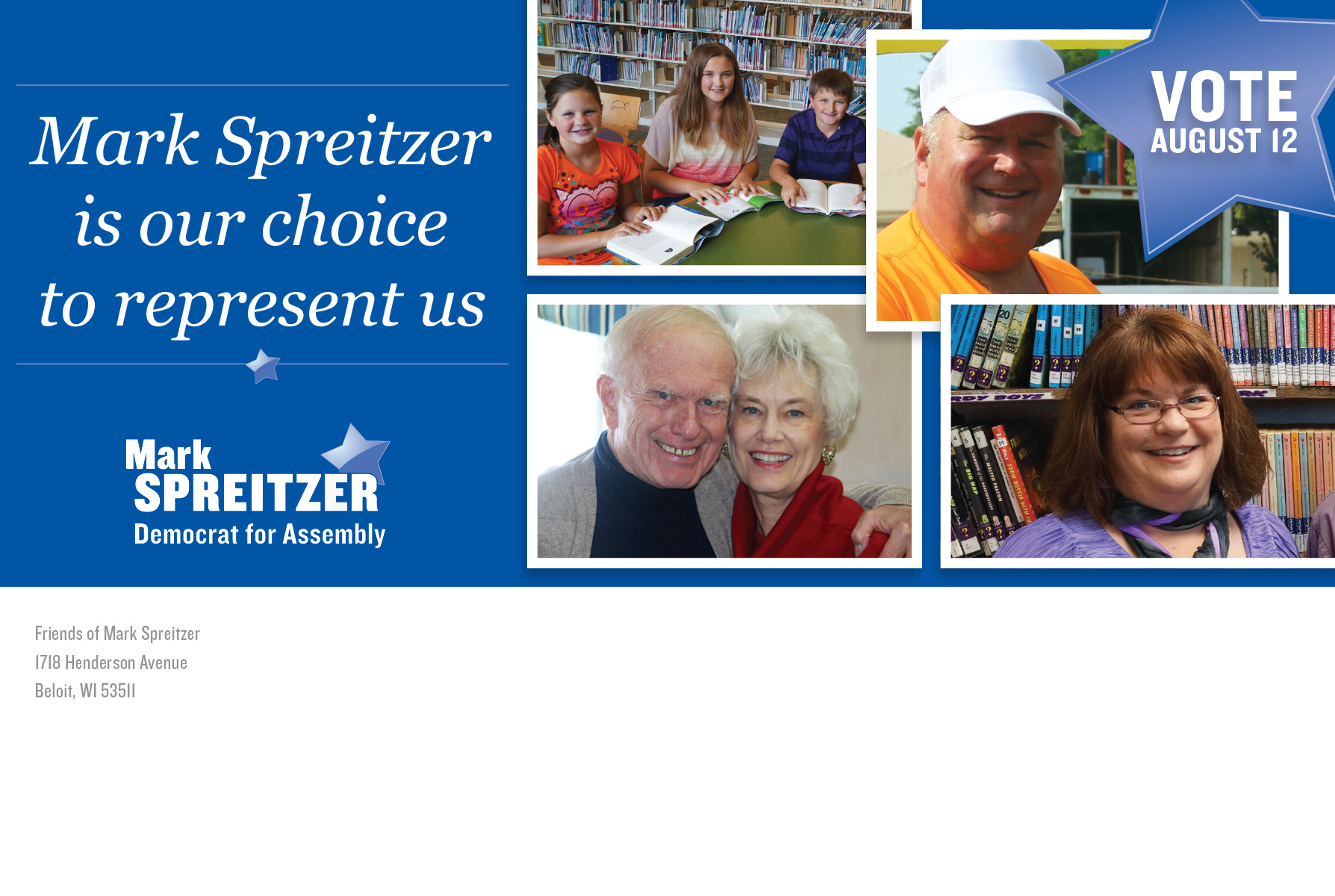 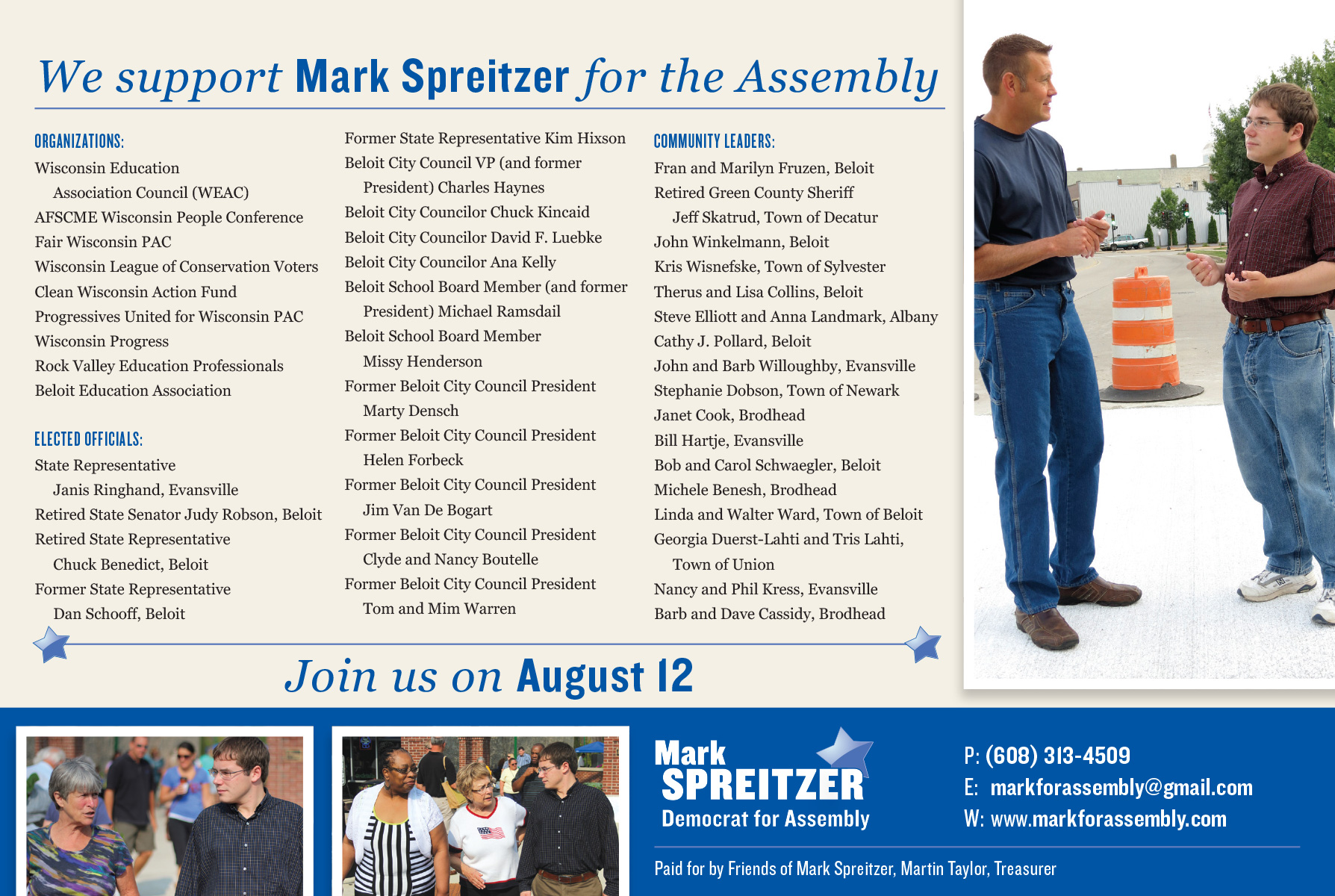 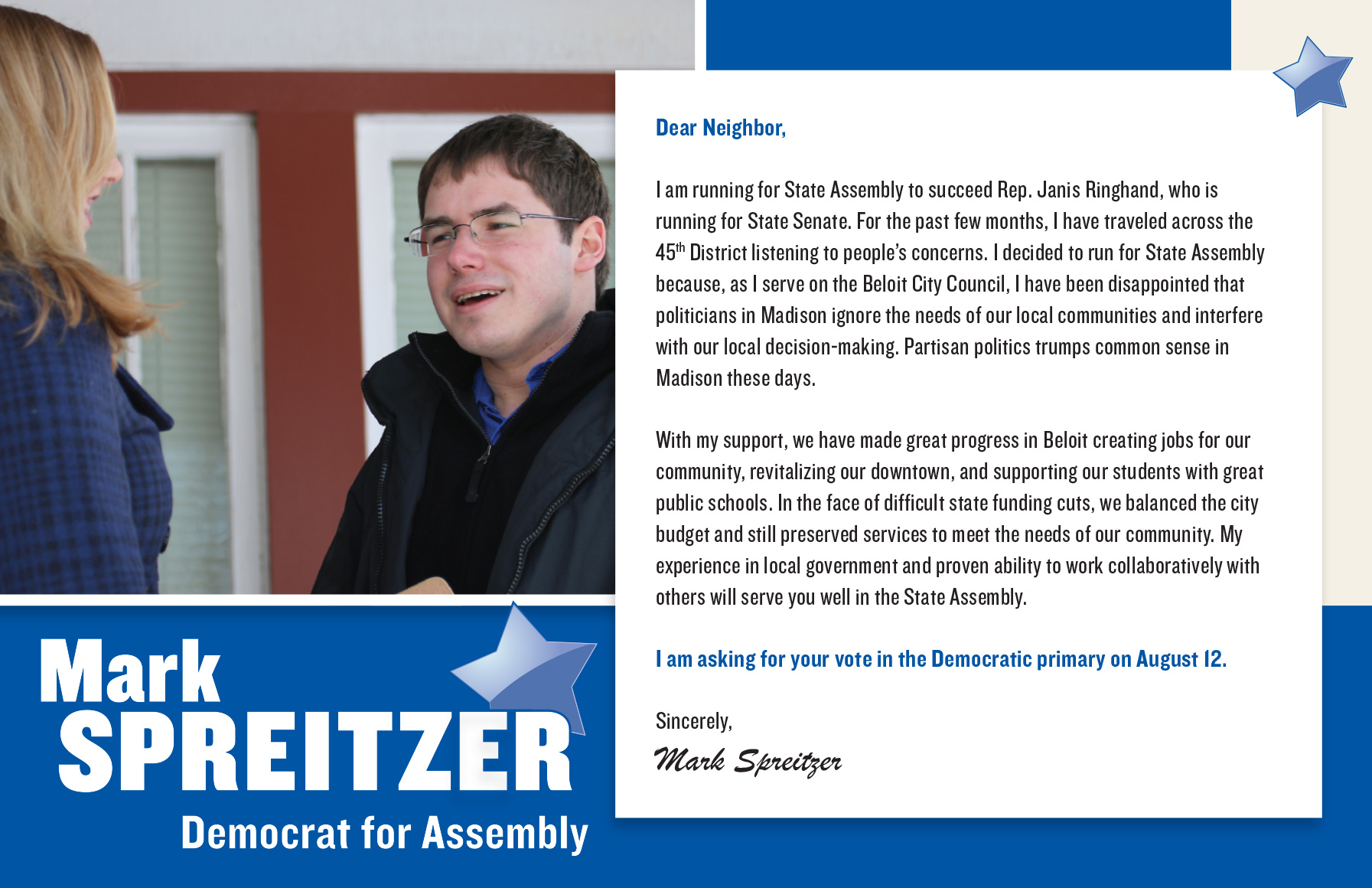 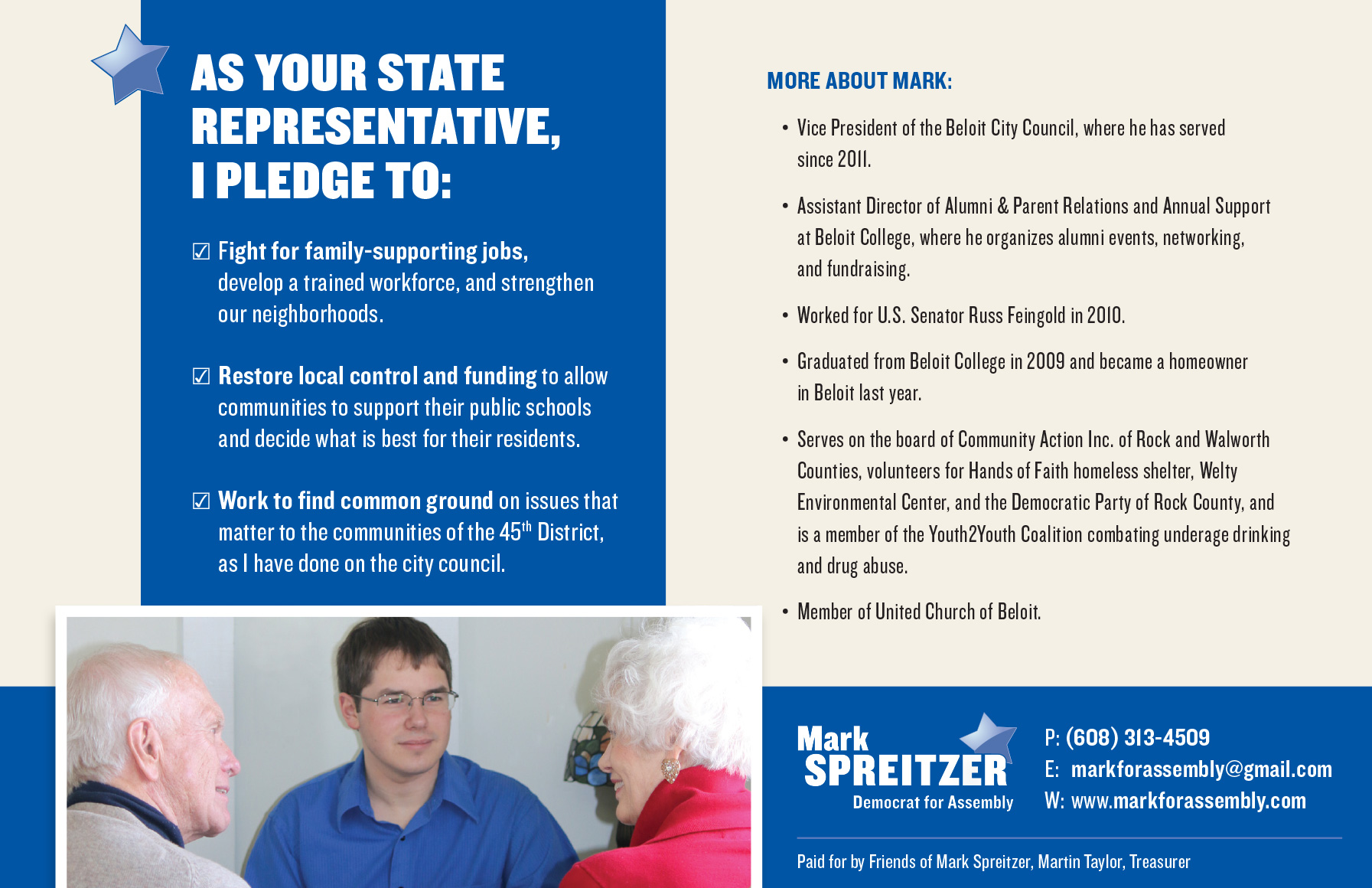 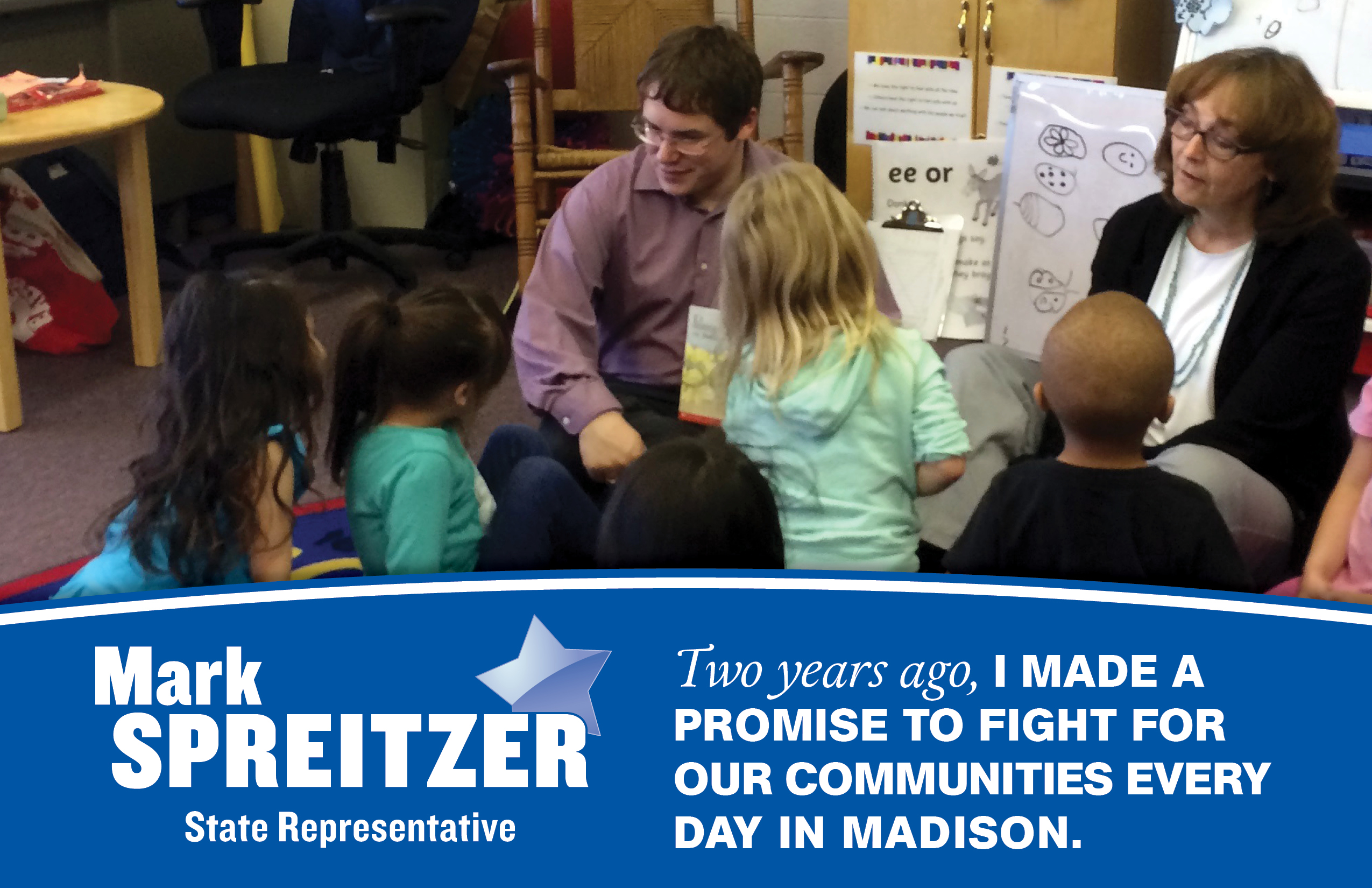 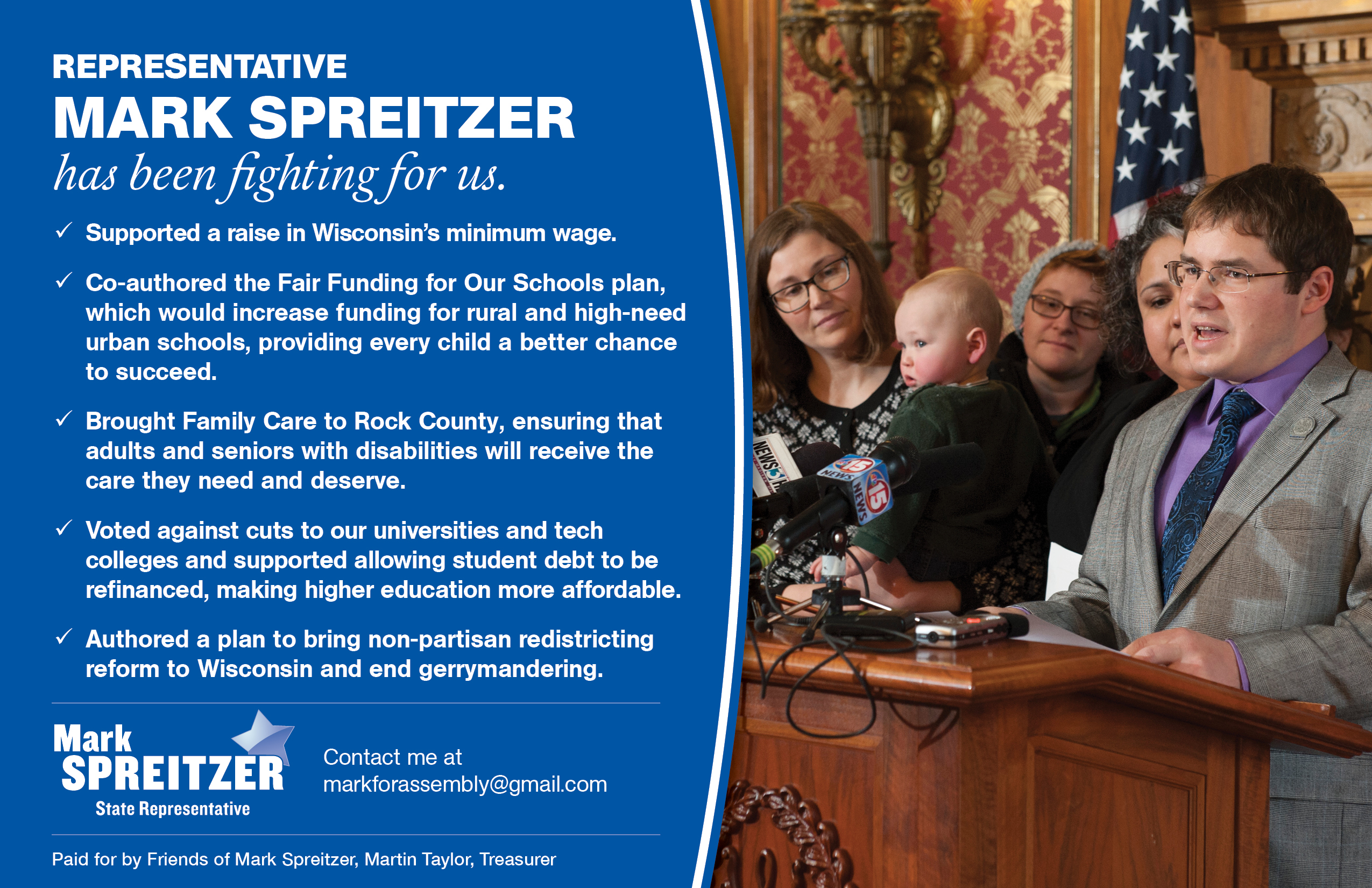